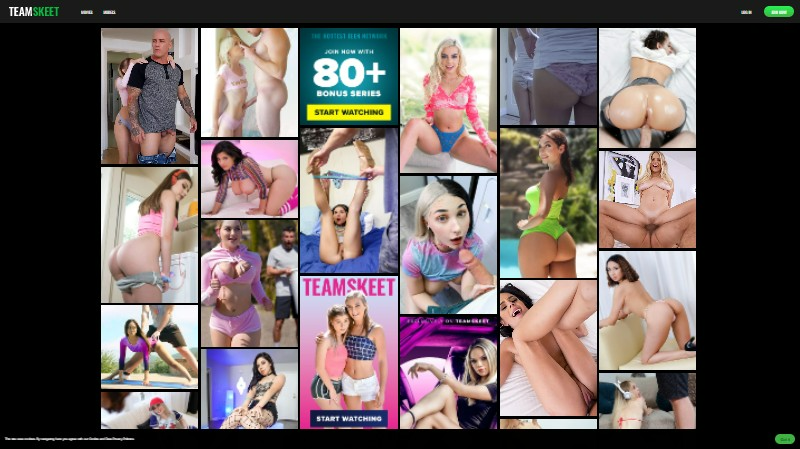 Right from the main page the site looks hot. There’s a video smack on the banner that has a girl bent over about to receive a punishment. This is definitely what I look for. That will be followed by the most recent video which as I can see was updated the same day this review was written so they are very up to date. Videos can be organized according to ratings and the number of views, there is also a search engine available to assist with any specific searches you want to conduct. Their videos are all in HD and free content which you can use to judge the site is available. The trial content is also downloadable but a lot more content is exclusive to the site. There is a gallery available to view the models and the pictures have high resolution. Team Skeet has a lot of content considering the short time it has been around, it has expanded its collection rapidly and now has more than 1600 videos. The actors are as hot as ever, you won’t find a better looking cast anywhere else; they include the likes of Chase Ryder, Riley Reid, Kelly Diamond and Denis Capri. Team Skeet also has a gallery available and the models’ profiles have tags so you can easily find other models that have the same specifications. A two day trial will cost you $1; a fair rate for any site. Once you do pay, you get to 18 other sites that are part of the network such as Innocent High, Lust HD, Oye Loca and Solo interviews. Teamskeet is a very interactive site, with members able to comment on videos and the actors’ profiles which I think is one of the most important things of any site. You can also rate the actors and videos.

The Ace Up The Sleeve

Going through the site is a pleasant experience courtesy of all the computer nerds in the background working hard and not rubbing one out like the rest of us. All the videos are in HD and look well shot; the picture gallery is also in high resolution. The girls also look terrific and you will like what you get with some of the hottest teens being here. The archive is fairly large given that it’s only been around for four years but that’s due them constantly uploading new content. All the content is exclusive so when you join you get something nobody else has. The interactivity is also great with the comment section being very easy to use. The access to 18 other sites is also a reason to join as they are all in their own niches. Team Skeet has more than 700 models to choose from and it’s a very interracial site so it’s hard to miss someone who just kills it for you.

TeamSkeet is an adult pay site that has only existed for four years but has grown in leaps and bounds and looks to have no limits. The actors will blow you away they are hotter and fresher than a Mustang’s graffiti, you will dream of them at night. The navigation on the site is great and they have a large archive established in a very short time. Although some of the older content is not in HD, there is a lot of new content that ensures you will not get bored in a long time. The site’s interactivity is one more reason to join as it has sections to rate and comment on videos and the stars in them.

Team Skeet network doesn’t even need to woo you with the promise of other sites on the network it stands by itself and has great content you should check out. 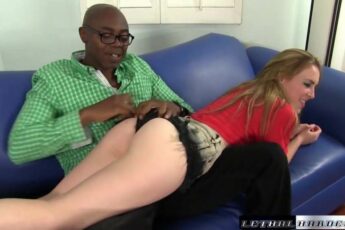 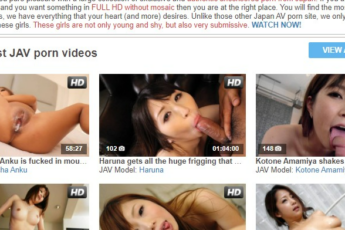